Singing Gamer in your inbox: 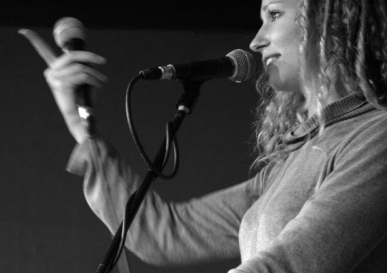 I sat down with This Is My Joystick and addressed their enquiries...

1.) Are you going to sing your answers back to me? Joking aside - how did you come to marry games reviews and songs together, what was the thinking process behind that?

We wanted to bring a new angle to games reviews, something totally unexpected and thought-provoking. I'm interested in how different mediums can come together and create something new, there is a lot of possibility in the creative tension between opposites, and although video games and songs aren't technically opposites, they haven't been brought together in this way before.

2.) How do you feel the review technique you use for games compares when placed against reviews in magazines and online websites? When you consider your reviews potentially reach a larger audience than some sites or magazines, do you feel these reviews are a fair assessment of the actual game when compared to an in-depth analysis of aforementioned reporters? Naturally, you both use the power of words to convey your points but in very different ways.

It's a totally different kind of review. The word review isn't necessarily very accurate for what I'm doing, but there is no word that encapsulates it. It's more of a response but I am also trying to pass comment in a way that written reviews do. It's a much more subjective technique than the written review, it comes from personal experience of the game and draws on a wider emotional field than the kind of review that analyses the game. They are absolutely not a fair assessment of the game, I'm often frustrated at how I can only tackle one aspect of the game, or take one theme. In the end a song has far less words than a written review, and if it doesn't then it's probably not going to be a good song. The challenge for me is to write a good song as well as an interesting 'review' of the game.

3.) Do you feel there are certain games you'd find difficulty in reviewing via the means of song? Does this medium of reviewing limit the games you can review?

Yes, the more arty or experimental the game is the easier it is to review it in this form. I am often looking for a hook or interesting angle I can write about, and I found this a lot harder with the blockbuster games which are basically very simple in format. There are a lot of games doing the same thing and after you've written about one first person shooter it's hard to find anything new to say. Talking about controls and graphics often sounds awkward in melody, but it doesn't stop me from trying.

5.) Do you feel this mode of reviewing will stick in people's memories over a quote or a paragraph from other reviews? Are they liable to go back to some of your lyrics and bare those in mind when going to purchase a game?

I've definitely put some people off buying a certain game, or made them want to play a certain game, but I don't think anyone really relies on my opinion when making their consumer choices. I have had people comment that a particular lyric is going round and round in their head and when they sing it out loud people wonder what the heck they're talking about.

Question 6 - Final Question. Your favourite game. What would it be and which tune would you use to review it? Could you give us a sample of some of the lyrics you'd use?

That's like saying which of your children is your favourite, not that I have children, but I can imagine that would be a pretty unethical thing to start talking about. Having said that I definitely prefer some over others. If I had to plump for one I'd say that Velvet Assassin was a special game and song to me because it felt like the first one where I really shared something close to my heart and let myself be felt in that. It was a risk in the sense that I felt some kind of vulnerability and exposure in putting it out there, and yet really that's all I want to do; be real.

You can support Rebecca by buying Who's Joystick?

"Welcome to my blog. I thought I'd let you in on a few of the secrets that go on backstage in the world of Rebecca Mayes."