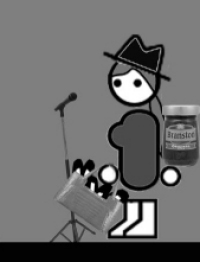 Am I OK? Was all I had sung, when I should have had a whole song ready. The only thing I could write was this, over and over again because I was so deeply not feeling OK trying to write this song.

Buy all 10 of my live songs for Ł5, I'll email you links for them as soon as they are all recorded.

I think something I've learnt with this whole journey is that I merge with my work very easily. It's been really good to see that that isn't to do with me. However bad a song may be it doesn't mean I'm bad. And I think that is true no matter what we do, fail or succeed.

The song wasn't supposed to just be a knocking down of Yahtzee, but also I felt really fiercely critical of him. To try and match his critical nature was no mean feat. And then what came after with all those comments was a real shock.

I did read most of the comments, but I took my time because it was really overwhelming. There was a lot of discussion about is this a love song or is this something else. I always want people to get where I'm coming from but if people don't I think that's really interesting.

I blogged about where the song came from and exchanged some Twitter banter with Yahtzee where I said something like "You make misogyny and homophobia seem socially acceptable" and that's where a lot of people were like "Ohhh she's serious about this".

I was quaking in my boots about what he might say back to me. He did mention me in passing in his next video -- but I was relieved that it was actually quite gracious.

After that I still enjoyed the last few songs, but it was becoming clear to me that I'd achieved what I'd set out to achieve. 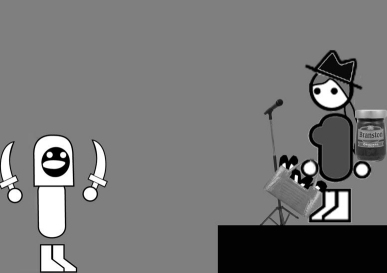 You can support Rebecca by buying Zero Punctuation

"I'm going to take you on a trip down memory lane, into the cartoon rabbit hole I fell into writing little songs about videogames."