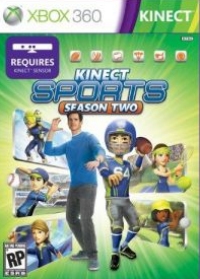 Further reading:
Sesame Street Once Upon a Monster 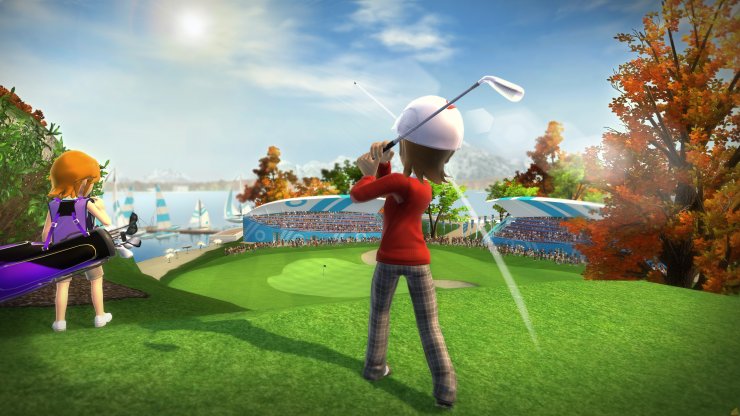 Kinect Sports Season 2 extracts more fidelity from Kinect to create an engaging and surprisingly deep sports experience. Online multiplayer, voice control and some really magical moments are more than enough for me to forgive the odd wobbly moment.

The first Kinect Sports game was something of a system seller for the Kinect controller. Like Wii-Sports on the Wii, it demonstrated that the hands free set-up could work for a variety of fast and frantic sports activities. In much the same way that Wii-Sports Resort delivered on the Wii's promising start, Kinect Sports Season 2 does that and more for the 360's family controller.

This time round there are a host of new sports: American Football, Skiing, Baseball, Darts, Golf and Tennis. These compliment the originals offerings (Athletics, Table Tennis, Football and Boxing) so that together they comprehensively cover most sports.

But it's more than a re-release of the same game with new activities added in. A year on from the launch of Kinect and developers Rare have a better understanding of how best to work with the controller. Of course the hardware is the same, but by being more intelligent about how it detects movements and identify what the player is doing Kinect Sports Season 2 is able to cope with a wide range of motions as well as being more accurate on the basics.

My son would weave and bob all over the place and seemed to do quite well.

What this means is that it generally feels more responsive with a little less delay than in the first game. This joins with other technical improvements like being able to control menus with your voice and online multiplayer mode to create a game that feels much more fleshed out.

This is what struck me the first time we played Kinect Sports Season 2 as a family -- it really is a fully featured sports game with all the trimmings you would expect. We started with American Football and soon found ourselves developing involved tactics about the plays we thought worked best. But interestingly we also talked just as much about how to gain yards when running and receiving -- how effective our different physical movements were.

My son would weave and bob all over the place and seemed to do quite well at avoiding the attackers. My daughter, on the other hand, took a more sedate approach and danced her way up the field. Although this was slightly less effective her calmer motions seemed to achieve more accurate throws -- whereas my son's were a little random to say the least.

Best of all though was that we could almost forget about the controller.

Best of all though was that we could almost forget about the controller. Without having any knowledge of how American Football worked we soon had a pretty detailed understanding. The first few games we let the 360 choose our plays for us, but after that we were making our own decisions about throwing, running and kicking.

Tennis was another popular sport for us, although I think because of the similarity to the Table Tennis in the first game (which we played to death) was shorted lived in terms of enthusiasm. Darts and Baseball fared much better, again I think because our kids hadn't really seen these sports before -- that and my boy's propensity towards throwing things.

Our youngest (4) really enjoyed the Skiing. This was the game that worked best for him from a control perspective. While some of the other events either struggled to see him in our modest sized sitting room, or required motions that he couldn't quite get right, the Skiing was simple and reliable.

Our youngest (4) really enjoyed the Skiing.

To Ski you just adopt the crouch position and push off with your arms, then lean to steer yourself down the mountain. This actually worked much better than the running levels in Sesame Street Once Upon a Monster which in theory should have been a better fit for very young players. He would happily take turns playing this for hours on end and without the need to intervention from anyone else -- something of a rarity for him on Kinect.

Having enjoyed playing with the family during the day I've got into the habit of honing my skills with some after-dark play myself. Here the new online multiplayer makes a massive difference. Whereas Kinect has to compromise on control fidelity when two players are in front of the same screen, playing online avoids these issues.

For the first time I felt like I was having a truly competitive Kinect experience. This much I could have imagined, what I didn't foresee was how energetic this additional competition made the game. I found myself practicing motions between shots, and adding more exuberance to my different motions to try and get the upper hand on my human opponent. Playing like this also meant I kept going for longer, I was genuinely exhausted by the end of a session.

This actually worked much better than the running levels in Sesame Street Once Upon a Monster.

Thinking about this makes me realise that it is not just Rare who better understand how to use the Kinect controller, but me as well. I now know that I need to work with the camera to get the best out of it. I've learnt that I need to control my body more precisely to ensure a consistent shot or action in game.

It may sound a little negative, but actually I'm more than happy to put the extra effort in because of the experience that results from it. At the end of a Kinect session I walk away with a magical sense that I was just playing a range of sports by just moving around in my living room. For that I'm more than happy to forgive the odd wobbly moment.

You can support Andy by buying Kinect Sports Season 2