The destination for everyday artisan reviews.

Motor Storm: Pacific Rift is a Racing game available on the PS3. It can be played in Singleplayer Competitive Splitscreen modes.

Motor Storm: Pacific Rift is a Racing game. Racing games, although sometimes seen as a sporting sub category, are a well established video game genre in their own right.

Motor Storm: Pacific Rift can be played in a Singleplayer mode. Single Player Campaign games focus on one player's experience. Rather than collaborate with other players either locally or online, players progress alone. The campaign style of gameplay offers a connected series of challenges to play through. These chapters work together to tell a story through which players progress. Single player games are able to focus on one experience of a scenario, so that it is usually a richer, more visceral game.

Motor Storm: Pacific Rift can be played in a Competitive mode. Competitive Multiplayer games provide experiences where players compete against each other and the computer. Obviously lending itself to sports and team games, these competitive engagements have also dominated the shooting and fighting genres because of the direct combat and expertise involved in each. Although these games were originally played in a split screen style, more recently they are played online via services such as PlayStation Network, Xbox Live and the Nintendo Wireless Connection.

Motor Storm: Pacific Rift can be played in a Splitscreen mode. Split Screen Multiplayer games involve multiple players by providing a portion of the screen for each person. This enables two, three or four players to be involved in the game using just one console. Although popular for the PS2, Gamecube and Wii it is becoming less common in modern 360 and PS3 games which are less willing to sacrifice horsepower from the visuals to accomodate the extra players - they opt for an online multiplayer mode instead. 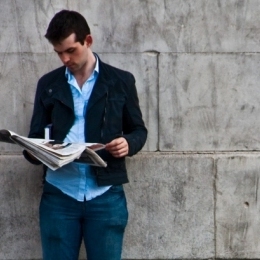 We have our reporters and community keeping an eye on Motor Storm: Pacific Rift for you, and we'll keep you up to date with the latest developments as they happen.

The long awaited Sequel to Motorstorm is here. Created by Evolution Studios I was very excited to have a crack at Motorstorm: Pacific Rift. It had caught my eye as I waited for the tube each day, and stared at a giant advert for the game featuring a Monster Truck on a beach. The game makers had promised a much improved version of the previous offering, which had generated a fair amount of criticism but was vastly playable.

Personally, I am a big lover of racing and driving games. Over the years I've played and completed most of the top titles. I never played the previous incarnation of this title but I'm informed it was based mostly on desert land. This version is based on a remote pacific island, with large lush swathes of vegetation. One thing to note is that it really does like like a pacific Island. I hear you ask, how do you know Hedley? Well I was lucky enough in 86 to go to Fiji and Hawaii if that helps back up my claim. Also, I've been watching a lot of Lost on TV, and the Island certainly looks like Hawaii. In fact after watching the intro sequence the scene is set: Mad Max meets Lost.
read on...

I loved the first Motorstorm PS3, really didn't mind its lack of modes, tracks or local multiplayer, those wonderfully varied vehicles and death defying courses were more than enough for me.

To get a second helping in MotorStorm: Pacific Rift was an exciting prospect. I simply had one concern - for all their new features and modes they would leave the pure pack racing experience central and intact.
read on...

Motorstorm: Pacific Rift is the follow-up to the original game, hastily released with the launch of the PS3. Four player local multiplayer, new environments and vehicles aim to bolster the experience that some found a little light on variety and challenge first time around.

Racing games, although sometimes seen as a sporting sub category, are a well established video game genre in their own right. They can feature a variety of driving styles ranging from the fantastical arcade racing focusing on thrills and spills, to the super realistic simulations that recreate every aspect of real life driving.
read on...