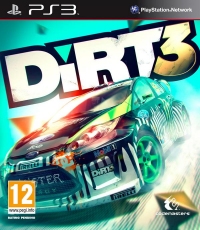 Other GamePeople columnists have reviewed this from their perspective - huh?:
Soulful Gamer (PS3) 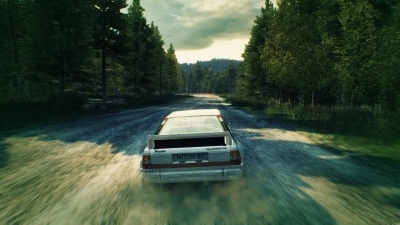 Dirt 3 has been released on PS3 and been provided for us to preview/review by the publisher.

"Dirt 3 sets out its stall for the future. However, it's the sense that this game knows what's important and where it has come from that gives it a real sense of soul..."
- Soulful Gamer (Wed, 25 May 2011)

Dirt 3 returns with the same solid handling, but now seats it in an expanded range of locations, features and events. More of the same is by no means a bad thing here.

Dirt 3 is the next game in the (previously named) Colin McRae Rally series, developed and published by Codemasters. This version continues the realistic timed driving challenges but adds new modes and features. The games offers a split screen two player mode as well as a new cockpit camera view.

There are a new set of 50 cars that represent not only modern vehicles but also classic performers from five decades of the sport. Of most note is the inclusion of Ken Block's modified DC Shoes Ford Fiesta and official World Rally Championship Cars and Classic Group B Rally Cars such as the Audi Quattro.

The overall feel is a return to basics, with simpler menus and less clutter landing you into the drivers seat much quicker. This is all about Dirt 3's impeccably realistic driving that asks you to balances power and finesse on the knife-edge of each track.

You can support Paul by buying Dirt 3