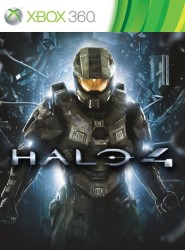 Halo 4 takes the series in a radical new direction. In the hands of a fresh developer while capitalising on Bungie's experience, planning and Halo lore, this promises to be a brave new chapter.

Amongst the Halo faithful, Halo 4 is still being viewed as something of an unknown. The series has spread its wings and left the nest of Bungie, developers of the Halo games since the very first instalment back in 2001. Those with a passion for the game are justifiably concerned that new hands means that things they love may get lost along the way.

The good news is that there's plenty of reason to expect that Halo 4 should deliver everything the series deserves and more. Sweeping away some of the qualms surrounding a new developer is that 343 Studios are hardly newcomers to the Halo universe. After initially developing a map pack for Halo: Reach, the studio went on to wholly remake the first Halo as Halo: Combat Evolved Anniversary, which updated the graphics to HD and added additional gameplay elements.

While the re-release of the original Halo has been a chance for newer gamers to catch up with the beginning of the story, it must also have served a helpful practical purpose in allowing the studio to cut their teeth on a fully-fledged Halo project to gain valuable experience.

Where Halo 4 differs from the design of the original games is that the first three Halo games were never envisioned as a trilogy. The game's success simply led to further sequels and offshoots such as Halo: ODST (360) and Halo: Reach (360).

Halo 4 is being conceived as the start of a new trilogy, exploring a much larger story arc over three parts and surely inspired by the incredible achievement of the Mass Effect trilogy. With many games, the announcement of the beginning of a trilogy is often the kiss of death, faltering after a single instalment, but with Halo's strong IP and broader fiction this seems almost certain to be seen through to completion.

The first three Halo games were never envisioned as a trilogy.

Halo 4 will explore further the characters of Master Chief and Cortana and the developers say that for those who have read the companion novels written around the Halo franchise, many of the settings, characters, themes and ideas will resonate strongly.

This is the chance for Halo to tell a big story and one which gathers unto itself all of the creativity and ideas which have spread into books and animation and put these back into the interactive form in which they began.

It's hard to predict how this will impact gameplay, but the developers have indicated that Halo 4 will be an even more story-driven experience and less focused on pure shooting. The characters will be allowed to come through more strongly and the relationships between them. As has already been demonstrated with Uncharted 3 (PS3) this kind of storytelling can be incredibly powerful.

That said, Halo 4 is still a shooter at heart; what is promised for multiplayer is a series of maps designed outside of the single-player game. It's common for hybrid singleplayer/multiplayer games to re-use locations and it is often the multiplayer which suffers as a result. In Halo 4, the multiplayer maps have been designed entirely with that side of the game in mind, balanced for challenge, opportunity and expertise.

Halo 4 will be an even more story-driven experience.

I'm personally a bit of a hard sell when it comes to firstperson shooters, but I have to say the more I hear about the intent behind Halo 4 and the clear enthusiasm the developers have for the wider fiction which has grown up around Halo, the more interested I become. With the ambitious plan of breaking a complex story across three instalments and fleshing out characters whose traditional purpose is to shoot and die, this could be a truly exciting blend of action and adventure.

But, the Halo series to date casts some very long shadows and with the huge and vocal player community which has grown up around Halo, Halo 4 has some incredibly big promises on which to deliver.

Halo 4 is currently planned for release on the XBox 360 in time for Christmas 2012.

You can support Chris by buying Halo 4