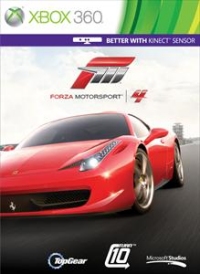 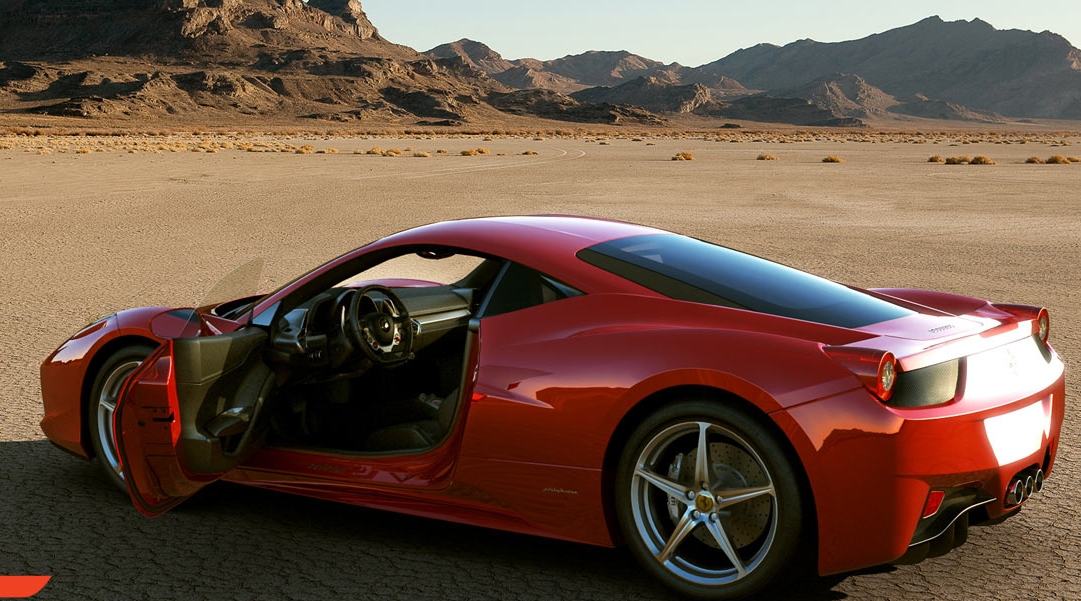 Forza 4 springs to life as the game it always hinted it would be. Great Kinect features, a new wheel and a plethora of real driving content make this my de facto driving game.

Forza has been a longstanding stalwart of simulated driving. Although my early years were spent upon Gran Turismo, that series' disinterest in anything but photo realistic driving and Forza's ever expansive ways to play has meant my affections are shifting.

Forza 4 finally delivers on the franchises promise and surprisingly it's the Kinect features that tipped it over the edge for me. Now, don't get me wrong, I'm all about the serious racing and pixel perfect steering. But even I exist in a family and want to share my passion with those around me.

A couple of Kinect features meant that this time round playing Forza wasn't a solitary pursuit. Firstly the Autovista mode quickly gets everyone in the room involved. This places you and a painstakingly beautiful car slap bang in a massive aircraft hangar. Then, using just the Kinect controller, you can explore the car. As you move around the view changes, you can open the door and get in, open the boot and the bonnet. It's the closest thing many of us will come to owning a super car.

Then there is the Kinect driving. This is a great way to introduce less experienced gamers and younger players to the high definition joys of hurtling around Forza's many tracks. It uses the Kinect camera to see you arm and hand position, you simply grab an imaginary wheel and off your go.

Because the 360 takes care of accelerating and braking for you in this mode it is a perfect way to get the feel of the cars and the circuits. Considering you aren't holding anything, and looking slightly silly, there is a surprising amount of fine control and heaps of enjoyment of playing like this.

Of course, being the petrol head that I am, and keen amateur track day contender, I was soon looking for more of a challenge. Control wise this cam in the form of the new Microsoft wireless steering wheel. This is similar to the Kinect controls in that it floats in mid air, but adding a physical wheel with ergonomic triggers and buttons you can the sort of fine control you need to get the most out of the game.

This time round Forza 4 is a little fiercer.

You can also pair this with a neat Kinect head tracking feature where if you look slightly left/right the view is adjusted to match on the screen. In terms of immersion this is genius.

This time round Forza 4 is a little fiercer. To my eye there is more variance between the different cars. This is so much so that a few of my motoring friends challenged each other to tell what we were driving from just the handling and the engine sound (screen cockpit and HUD turned off). We were surprised that more often than not we could identify the car we were in.

Driving wise, Forza is as fast paced as ever. Depending on the engine position and front/rear drive each car will happily throw you into under-steer or manic over-steer as you wrestle it around a sharp corner. Although on the easier settings this can feel a little more arcadey than Gran Turismo, turn this up and it's more than a match for it.

It's at this top end that the work on Forza 4 can really be seen. Turn the assists off and you start to work with rubber and tarmac and metal rather than computer AI or drifting tactics. It all gets very real very fast and although a good 90% of players will never reach these heights, car enthusiasts will love it.

This is also where Forza finally lays to rest its realism demons. Previously Gran Turismo had the edge in terms of convincing the driver they were really in a car. This spark of life has made the jump from Sony to Microsoft as Forza 4 feels every bit as alive.

It has finally thrown off the Gran Turismo shackles.

This central mechanic is then fleshed out with a wide array of races and challenges to complete, and of course an almost uncountable number of cars. There is a strong Career mode that this time feels more refined. There are also the more novel elements like the inclusion of the Top Gear track complete with a range of suitably wacky modes. The Top Gear bowling alley may sound a bit gimmicky if you've not seen the show (or maybe even if you have) but it is simply great fun.

It's here in the more light hearted moments of Forza 4 that you find the real different between this and the previous games. There is a more jovial and confident feel to everything. It's as if it has finally thrown off the Gran Turismo shackles and can finally make for the hills to be the game it was always meant to be.

You can support Jon by buying Forza 4

"Joining Game People is still a little daunting, but I hope to offer some insider knowledge and insight into the best and worst driving games and peripherals available on Xbox 360, PS3, Wii, DS lite and PSP."