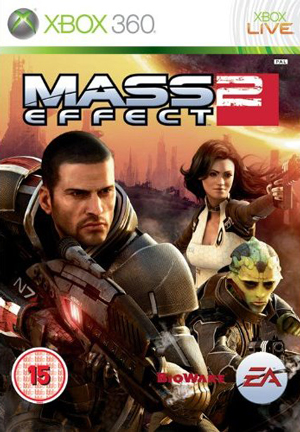 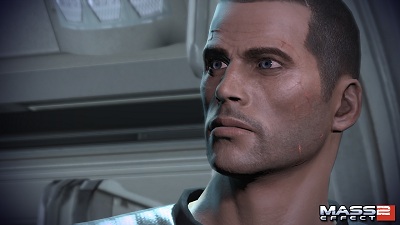 Mass Effect 2's single minded refinement creates a focused squad building experience with rich and wide ranging quests. But it's a 360 and PC experience that demands a lot of investment, you will only really 'get it' if you love it enough to commit whole heartedly.

I'd like to avoid stereotyping myself as a typical man, but I do have issues with commitment. Mass Effect 2 is not a game that allows us men to behave as we do - it requires a level of commitment we would usually avoid. I cannot play it whole heartedly without it affecting those around me, and there is the distinct possibility that I will lose more than I gain. Yet the bonds between myself and the myriad AI characters and my desire for their friendship drive me on. I cannot help but talk with every member of the team as the Normandy slowly fills with the mercenaries I need to succeed.

Initially, as you do, I engage in conversation with everyone, gathering information, blithely moving from one to the other, caring only for the few reenlisted members I recognize from the original Mass Effect. Initially, I am drawn to these old friends, comforted by their presence, while seeing in my new partners as nothing but a source or info and assistance. But as we talk, bonds are quietly formed. And I end up helping my crew put their pasts to rest - settling their differences with family and old friends. Soon I am determinedly fighting for their causes and forming new friendships that are every bit as strong as the old ones.

Some never become good buddies - some remain expendable, if useful, nobodies - I only help them out because of the deep-seated desire to complete a game that lies within all gamers. It's an obligation only; I have no affection for these spare parts.

Others, however, become trusted friends. I depend on them and their experience in the field, valuing their abilities above others, but for no logical reason. If I have to choose a leader, it is my friends that I draw from. These are the ones I fight along side when the chips are down, because if I am to fail I want my friends at my side.

I like to believe that my choices in Mass Effect mirror those that I would make were I placed in the same position. Initially I am good, when my friends need me, however, I find myself willing to embark on morally questionable acts. But most troubling, are the lengths I am prepared to go to when couriering favour with romantic interests.

I know that if I were in that situation, faced with my own mortality, I would want someone with me to validate my life.

Mass Effect's more intimate relationships are not pure fantasy fulfilments, and at some point the reality dawns that it is impossible to beat the system and please everyone. Eventually you have to settle on a single partner, or none at all. I could have elected to remain the stoic hero, a detached leader. But many of us are not expected to return from our mission and I know that if I were in that situation, faced with my own mortality, I would want someone with me to validate my life. Amidst all the death I would seek comfort and intimacy in the arms of another.

Choices must be made. Some are forced upon me - an early argument between two suitors forces me to estrange one. ANd then I'm aware how this preys on her mind, distracting her from the mission. Frequent visits to her quarters fail to repair the damage wrought by my philandering. Maybe if some of my previous decisions had been different I would have more tools to persuade her with, but my heavy handedness when helping other closer friends has damned me to the equivalent of a very light grey on the games' morality system putting some conversation options under lock and key.

One crew-member tells me she doesn't want to share me. I want to lie to her, but find myself unable to. There is a knot in my stomach that turns tighter when I consider the possible ramifications a lie would have. That the desires of the flesh are digital does not mitigate my morals. I tell her I have to think about it - that traditional, cowardly way out we've all used.

But the time comes to decide and there is no way to avoid it.

Mass Effect 2 had me believing the ramifications of my acts would reach farther than this game; that my choices would be carried over in to the next one.

For some time I had been juggling the shy girl, and beautiful ice queen. Both had made their intentions very clear. My trepidation remained. Logically, I knew the only difference would be a cut scene. But Mass Effect 2 had me believing the ramifications of my acts would reach farther than this game; that my choices would be carried over in to the next one. This could matter. My final partner could actually be a commitment.

As I rejected one of my interests I feared her response. I didn't want to alienate her as a friend, least of all diminish her loyalty or distract her from the mission at hand, placing her life in the balance. She took it surprisingly well, to the point I was happy it wasn't really me, the way she took rejection in her stride would have crushed my fragile ego.

I went back and continued the other courtship. My pulse quickened slightly - I was nervous. Regressing to a teenage version of me, I imagined all the ways I could have failed in my clumsy advance. Had news of my philandering made its way back to her, would she have changed her mind, were all my chances now destroyed? I needn't have worried. All the right boxes had been ticked on an invisible checklist, and non-committal was not an option.

Soon after, she came to me. I was treated to a touching scene. I was happy with my choice. Tender and joyful, if I were heading for death, it would at least be a warm memory to take with me.

And while there are some fairly transparent equations taking place behind the scenes dictating these interactions, deep in the drama of the game I couldn't see it. My disbelief had been well and truly suspended. Even if I had noticed I don't think I would have cared. Each of my squad seemed real in that game space, conveying enough emotion and personality to create a connection between us, driving me to care about them and fear for their safety and well being.

As I ponder my commitments and choices, I look ahead to the next instalment. I'm happy for the time I've investmented here, that makes me part of that growing band of players who understand just how special Mass Effect is becoming. The pressure is on for the finale.

You can support Alex by buying Mass Effect 2