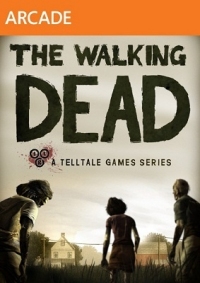 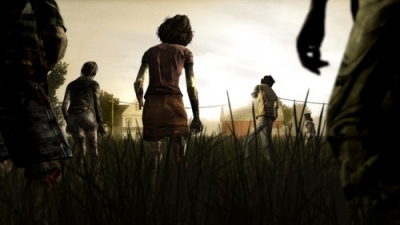 The Walking Dead XBLA 360 stays true to its comic book roots with a story that's driven by character more than action.

In this column, you may have noticed, I write about storytelling in games, a task which often involves a lot of close examination to pick out the narrative elements from games that don't, on the surface, seem to have any storytelling in them at all: racing games, quick play arcade titles, stripped-down platformers.

Developer Telltale's first episode of The Walking Dead comes from completely the opposite end of the gaming narrative spectrum: for much of the playtime of Episode 1: A New Day, there's a lot of story but what seems like precious little actual gameplay.

The game opens with convict Lee Everett being driven to prison by a chatty police driver, heading out of Atlanta on the same freeway Rick rides along at the start of both the Walking Dead comic and TV series: a shot of the Atlanta skyline neatly associates the game with its source material.

While both comic and TV series skip over the beginning of the zombie outbreak, the game starts right at the beginning, with everything normal until Lee's captor swerves to avoid a zombie on the freeway, veering off the road and tumbling into woodland. After a spell of unconsciousness Lee drags himself out of the wrecked car, and quickly gets into a frenzied struggle with his zombified former driver.

This opening sets out the kind of interaction you can expect from most of this first episode. Lee has a long conversation with the driver as the game opens, with the player picking dialogue options, then some very simple object interaction as Lee escapes the wrecked car, and finally a hectic but linear action sequence as Lee escapes from, and kills, his first zombie.

This pace - a lot of dialogue, some simple object interactions, and the odd hectic moment of action - is actually quite reflective of the pacing of the comic, which has always been more about the characters, and how they react to the extreme circumstances they're living through, than all-out action and gore.

It can feel like a game that you're observing rather than playing.

While characters from the comics only make cameo appearances - Lee and most of the survivors he meets are new creations - the game has the same kind of believable characters and naturalistic dialogue that writer Robert Kirkman gives his comic book cast, while the thick black outlines of the graphics are reminiscent of Charlie Adlard's artwork without being a pastiche of his style.

Like that opening shot, the game's tone and setting makes it feel like part of the Walking Dead comic book world without needing to be a straight adaptation. Telltale deserve a lot of credit for such an authentic feeling tie-in.

However, for much of the game it can feel like a game that you're observing rather than playing. While dialogue choices affect how the characters regard Lee, and each chapter has a crunchy moral choice to be made about how to proceed, it rarely feels like these decisions are overly affecting Lee's general course through the game's set pieces.

Each of the game's locations is tightly constructed, and there's no illusion that Lee could take a different route, or end up anywhere else through your decisions: it can feel like the decisions you make only alter the dialogue you receive from other characters along the way.

As for the action moments, these are self-contained, and tend to result in either progression to the rest of the story or abrupt death. They're exciting, but having to grab a hammer or a shotgun shell barely qualifies as a puzzle, certainly for a game that sits within the adventure genre. While there are objects to be picked up and used, there's very little feeling of needing to engage the puzzle-solving brain: it's easy to feel more like a passenger in the game than a player.

An excellent adjunct to a great comic.

Then, just as tart comparisons to Dragon's Lair or the barely-interactive FMV-fests of the 1990s are cynically coming to mind... it all comes together. The later sections of A New Day bring together puzzling, action and developing character relationships together in a wonderful way, culminating in a frenetic sequence where Lee has to make a very big call very, very quickly. It's smart, exciting, and really pays off all the investment put into the characters earlier in the game.

This is only the first installment of a five-episode series, and the trailer at the end promises that your decisions in episode one will have an impact on how episode two unfolds, at least to begin with. It's an intriguing prospect.

If you're a fan of The Walking Dead, zombies or smart, character driven story-based games you'll want to give this one a try. It's an excellent adjunct to a great comic, and a smart take on the zombie game genre in its own right. As a first installment of a series, it's cheap too. Highly recommended.

You can support Mark by buying The Walking Dead