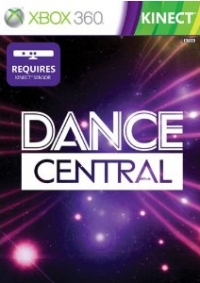 Other GamePeople columnists have reviewed this from their perspective - huh?:
Reporting Gamer (360)
Odyssey Gamer (360) 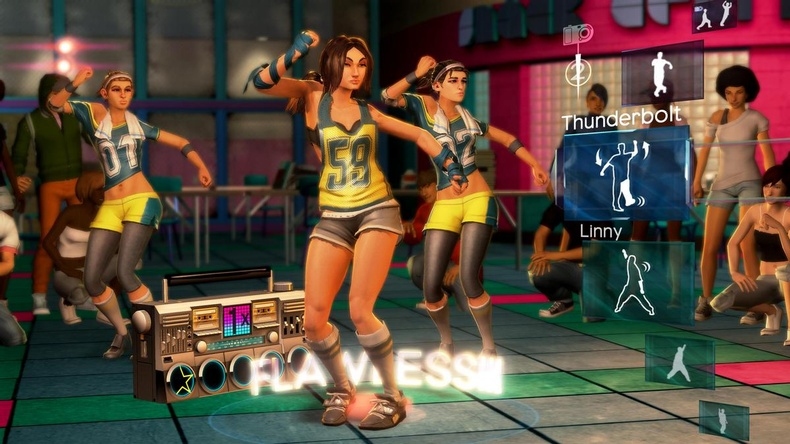 Dance Central's distinct style and worthy track-list play perfectly to the hardcore Rock Band crowd. But turn-taking multiplayer and no on-screen avatar means it is less than convincing for a wider audience.

Exuberant dance and fitness games are an excellent match for Kinect's limb tracking technology. But after my recent glee over Just Dance 2 and heightened expectations of Kinect's one-to-one body tracking from Kinect Sports I came away from Dance Central not quite as enthralled as I expected to be.

Dance Central is the next evolution of dance games that have gone from pressing buttons, to dance mats to swinging controllers. Without anything in your hands both you and your kids are free to throw yourselves into each move - embarrassment permitting.

It also comes with Harmonix' considerable pedigree - they were responsible for Amplitude and Frequency on PS2, then Guitar Hero and most recently Rock Band - that suggests this is no cash-in of the new technology or indeed the recent success of Just Dance.

Visually, the game picks up on a DJ Hero 2 look that takes us from lifelike Rock Band characters into Gorillaz territory. Our dancing guides, and introductory footage, create an underground club feel that goes well with the track selection. Beastie Boys join Bel Biv DeVoe, the Commodores and Kylie Minogue as Dance Central proves its ability to move from popular to retro cool tracks with confidence.

Navigating is a dream. Dance Central's swipe menu system is the best I've come across on Kinect, and made it both easy and enjoyable to select a play mode and get dancing. Each dance starts with a choice of easy, medium or hard before you are introduced to the moves you'll be using. Get these moves right first time and the game moves into the main event. Struggle a little and you are given more instruction and a chance to practice.

Navigating is a dream. Dance Central's swipe menu system is the best I've come across on Kinect.

Working through the songs in the single player mode slowly introduces more complicated moves, and varied combinations. Even on easy this takes some practice, so I was happy the game quickly noticed when I was struggling and whizzed me off to the Break It Down tutorial mode.

As you improve and progress more songs are made available. This not only broadens the musical choice but also increases the difficulty. Playing on your own not only means you can flail about without being seen but grants a genuine sense of achievement and growing confidence in your dancing ability as you progress.

Dance Battle is the multiplayer mode. But unlike Just Dance 2 that welcomes all comers - and even lets people drop in and out as they wish - in Dance Central you have to take turns. One player has to stand behind the other while they wait for their go. They are then each assigned different portions of the track and jump in when it's their turn.

This really took the wind out the sails for our family. Playing together was part of the attraction to dance games. In fact, here we often found the kids would simply get bored and do something else while waiting for their turn. Dance Central also doesn't make it clear who's winning until the end. In terms of a competitive experience it is pretty disappointing.

I guess I should have realised from the track selection and club vibe that Dance Central wasn't aimed family players.

I guess I should have realised from the track selection and club vibe that Dance Central wasn't aimed family players. But it seems like such a good fit I was still expecting great things. Perhaps some of this can be rectified via a wider range of downloadable dances - but that still leaves the odd multiplayer mode as a considerable hurdle.

The dance mechanics themselves still impressive though. Dance Central keeps track of your limb and body movement - if you get a move wrong the corresponding part of the on-screen dancer glows red. Get it right and you can start to string together multipliers to rack up more points.

This feedback is nice, and for those that will throw themselves into the moves the multipliers are a great incentive to keep dancing. But the absence of a real-time representation of yourself on the screen really breaks the illusion that your movements are directly affecting your score. It also hampers novice dancers from seeing exactly what they are getting wrong.

As I played I had a growing suspicion that Dance Central only had a vague idea what I was really doing. Sometimes I'd pull off the perfect move, while at others I'd only get it roughly right. But both efforts seemed to result in success.

If it had an onscreen avatar like Kinect Sports, I would have been more easily convinced that Kinect was really keeping an eye on me. But with only a silhouetted version of the video feed on display I simply wasn't sure.

Despite shortcomings Dance Central is still a lot of fun.

Despite shortcomings Dance Central is still a lot of fun. It's a well styled experience that offers something distinct enough for the Rock Band crowd to give it a try. For families though, or those that have enjoyed Just Dance 2's multiplayer exuberance (or Kinect Sports avatar body tracking), expectations are likely to outstrip the reality of the experience considerably.

I'll be watching Dance Evolution(Dance Masters in the US) and Dance Paradise closely to see if they fare any better.

You can support Andy by buying Dance Central