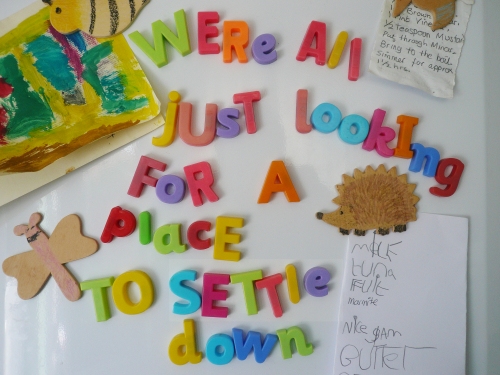 We're all just looking for a place to settle down. 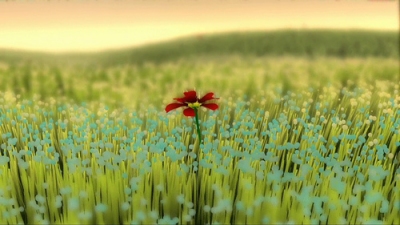 Flower is probably the most relaxing game I have ever played, everything comes together a simple relaxing experience, what more would expect from a game in which you control the gentle breeze.

The basis of the game is simply that you travel through the immense landscapes visiting other flowers and helping them blossom. This is a game to relax with, this is a I have had a hard day, I want some me time game. Amusingly enough this game also rewards the player for taking a break of 3 minutes to "reminisce", 10 minutes and a week so the concept and story of the game extend past the boundaries of the game play itself.

No button pounding in this shooting the breeze game? The naturalistic sixaxis controls add to this idea of ease, you do like most games forget you are having to control it, but this is actually quicker with the flow of the responsive breeze. I would almost describe this game like a ambient chill out CD, however it requires participation, but even then the participation is what I would describe as light and rewarding.

This game lead me and the children outside away from the PS3.

This game lead me and the children outside away from the PS3, this isn't because it was a terrible game, quite the opposite. It was inspiring, so magnifying glasses at the ready the four of us glided around the garden looking for different flowers to show each other. It lead to googling of flowers in an attempt to better understand the plant life we have immediately around us.

Words like tranquil, and zone out and ease came up in what does that mean conversations with my kids and I feel added to an overall calming of the day. This is a morning game, this is a evening game, this a game for both the very young and old and those in between who want some down time.

You can support Matthew by buying Flower

"I am really pleased to announce I have been asked to write Xbox 360, PS3, Wii, DS lite and PSP game reviews for Game People! Although I am largely known for taking video game systems apart as the chip tune musician Pixelh8, this will be a more critical review than a physical dissection of the games, so I will be swapping the screwdriver for the game pad on this new adventure."