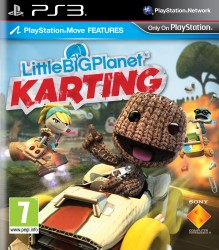 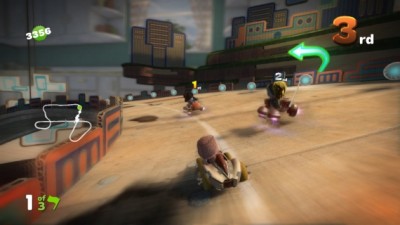 LittleBigPlanet Karting makes the leap from platforming adventure to quirky cartoon racing, with a customarily advanced modding kit which begs the question: what else can it build?

It will be interesting to see how far this extends. When LittleBigPlanet 2 (PS3) appeared, the premise was that the toolkit provided was so flexible that it would be possible to create nearly any kind of game with it. Theoretically it could even have been used to create a Kart racer, albeit top-down. Whatever happens it will surely play host to a wealth of creativity and of course all the additional content created and shared by players will be made available to all other users online.

For the actual racing, LittleBigPlanet Karting will offer local split screen or online modes for multiplayer, with a range of races, arena battles, objective-based missions and even mini-games.

LittleBigPlanet Karting is currently planned for release on Playstation 3 during 2012.


You can support Paul by buying LittleBigPlanet Karting