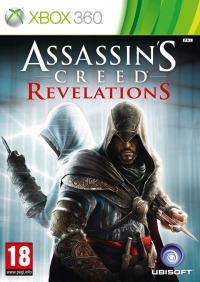 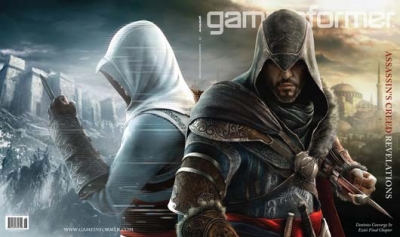 Assassin's Creed Revelations has a balletic multiplayer experience. A subtle, elegant and engaging dance unique in the third-person action genre.

It would be easy to write about Revelations' single player mode, how the slow growth of the story really pulls me in, but it was the multiplayer experience that really stood out and filled me with fear, dread and paranoia in a way no other game has.

Ubisoft here finds a clever device that lets you more easily jump into character and play your part. One of the strengths of the series has always been controlling a Character through the animus. In multiplayer we are Templar Trainees, who are using the game as a safe way to train for later missions. Although we know this is a facade, it gives us a vehicle which enables the leap of imagination to become the character.

The level of customisation here means you can play how you want to. Within the limits of the tasks at hand, we are able to really explore the modes in any way we want, using the abilities that most suit our style or the imagined character we are creating. We can dress in a myriad of ways, choosing weapons, kill style, stuns, clothing and hair.

The pace is all important to our emersion. The ability to spend the whole of the game period hiding in a crowd and watching the world go by may sound terribly boring, but in fact grows into terrifying suspense. Wondering which one of the many passersby is your target becomes a guessing game where any slight abnormal movement can trigger our actions (ed: a little like SpyParty). Even with this, the fear continues as you decide when to make your move.

Like a ballet, it builds to the immersive moment of the big finale.

The game is a huge Catch 22 situation. As soon as you make a move, you give yourself away. There really is quite an adrenaline boost from having to go for your target, only to be taken down by someone who has been hunting you.

Like a ballet, it builds to the immersive moment of the big finale; the final, flamboyant set piece where you risk a fall. It's a game of split seconds decisions within minutes of slow exploring, a moment of beautiful finesse after a slow build up.

But this is a dance you perform as you see fit; some like to run around on rooftops, some use the hidden gun, but for me the sense of achievement and engagement from completing a silent or incognito kill can be topped by no other game.

This can often kick off into running for your life, as you try to keep ahead of your own assailant -- a frantic, kinetic struggle around, up and through the scenery. Again, there is such a thrill as you gain enough distance to enable yourself to hide in a haystack or on a bench, and then watch as your attacker runs past and searches a nearby street until it is too late.

And then curtain closes and I reap my rewards.

This is a game of subtlety, tactics and observation that is usually not found in third person action games. This unique approach makes me take my training seriously and engage with the game on a whole different level: I want to impress my audience, for them to see my style over my content. And then curtain closes and I reap my rewards.


You can support Jon by buying Assassain's Creed Revelations