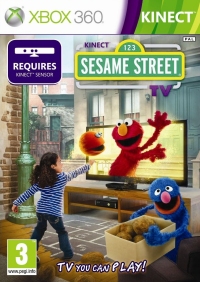 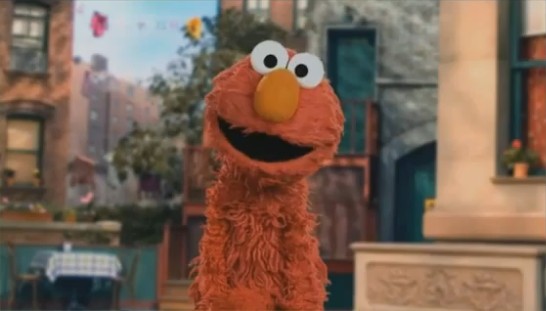 Kinect Sesame Street TV has been released on 360 and been provided for us to preview/review by the publisher.

"Sesame Street Kinect is a new kind of product for young players, combining the non-participatory entertainment of a TV show with the interaction of a video game. In this FamilyGamerTV, we talk to creative director Josh Atkins to find out more about the new title..."
- Family Gamer (Wed, 26 Dec 2012)

Kinect Sesame Street TV is an interactive TV series, lifted straight from the current production of Sesame Street. It responds to young children's instinctive desire to interact with the screen, but carries on being an entertaining TV show if the living-room participants don't feel like joining in.

Interactive TV experiences aren't uncommon, but with the Kinect sensor, Kinect Sesame Street TV promises to remove the barriers of interaction. Items can be thrown "into" the screen in minigames and the watchers can appear within Sesame Street's world.

The games are educational too, emphasising counting and language skills. Plus, the game comes with the opportunity to access thousands of classic clips from Sesame Street's history of episodes.


You can support Paul by buying Kinect Sesame Street TV